Shut up and Dance at World Cafe Live at the Queen

Watch this video about the Orchestra National de Jazz‘s upcoming performance at Wilmington, Delaware’s new World Café Live at the Queen Theatre this Sunday at 7pm.

France’s Orchestra National de Jazz was created by an initiative by the Frence Ministry of Culture.
This diverse group of musicians is just my style – it sounds somewhere between trance, ambient music, and minimalist composers like John Adams or Phillip Glass – all played by live musicians.

Just the musicianship and recording quality of their CDs as well as the documentary clip above makes indicates the show will be at a very high level, and a perfect way to test out the Queen Theatre’s new state-of-the-art sound system. The group is very well produced, tight, smooth, and grooving, and seem to have great chemistry, which makes magic possible.

The music was composed by American John Hollenbeck working with the orchestra’s new music director Daniel Yvinec, and inspired by the different movements of dance. They included innovative instrumentation including “boomwhackers” as well as up to four people playing the same piano.

According to ONdJ’s website, music director Daniel Yvinec is “an inventor of fertile crossovers… and works… with a unifying force… to bring his creations to life, calling upon the assistance and inventiveness of numerous partners and writers, not to mention prestigious invited guests.”

All in all, this looks like fusion at it’s best and on the cutting edge of what’s out there. Check out “Shut up and Dance” this Sunday before they head on to New York, China and Berlin. 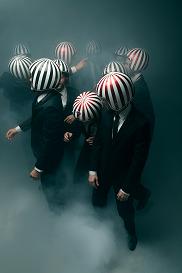